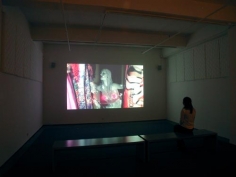 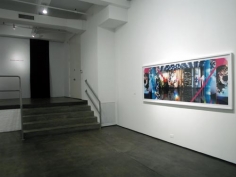 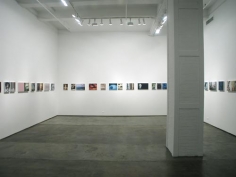 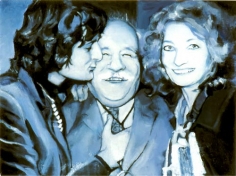 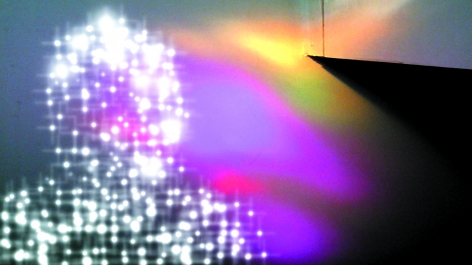 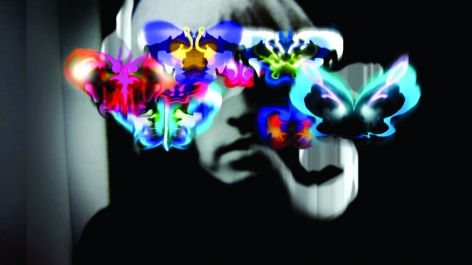 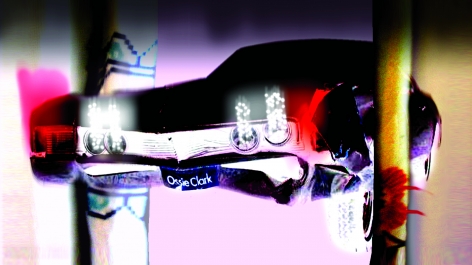 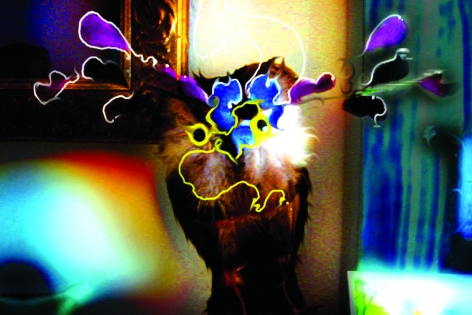 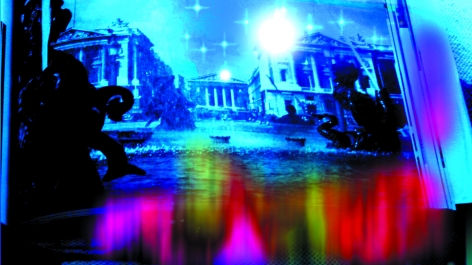 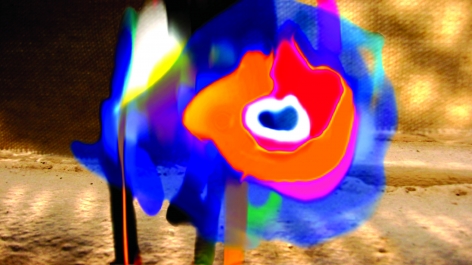 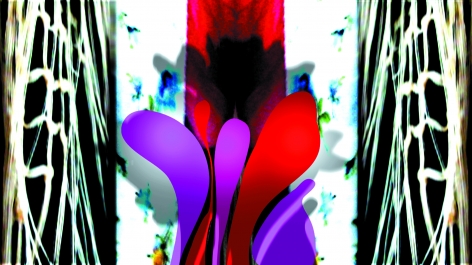 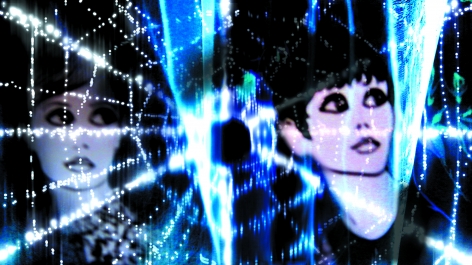 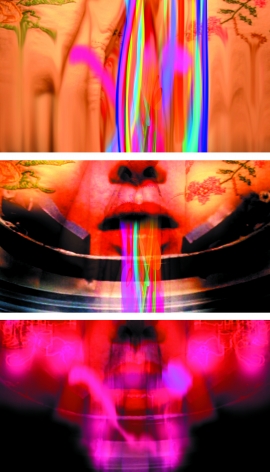 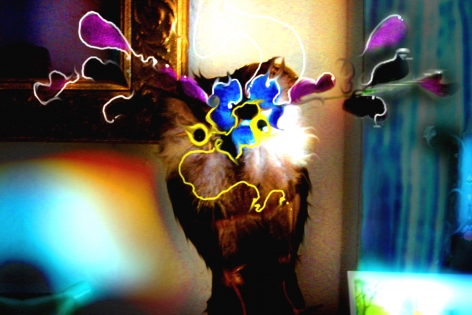 Feigen Contemporary is pleased to announce "Autumn Almanac", the Gallery's third solo show of artwork by Jeremy Blake. The exhibition will include the premiere of a new DVD projection titled "Reading Ossie Clark", a new C-print, and thirty-two works on canvas, marking Blake's recent return to studio painting.

In the Front Gallery will be an installation of a large digitally rendered c-print across from a series of small oil paintings, nostalgically titled "Autumn Almanac" after the 1967 Kinks song written by Ray Davies as he strolled through his London neighborhood. Punctuated by both figurative and non-objective imagery of personal references to popular culture, the horizontal sequence of intimate yet vibrant paintings implies an abstract narrative structure similar to the accompanying DVD projected in the adjacent gallery.

Jeremy Blake's "Reading Ossie Clark", collages original film, drawing and still photography with both painted and digital elements in a 9-minute continuous loop narrated by "art world doyenne" Clarissa Dalrymple. In memory of Swinging London's premier fashion designer, Ossie Clark, the animated film follows the arc of his career from its influential prime in the late 60's and early 70's, when he outfitted and enchanted celebrities and socialites around the world, to its grim conclusion of being stabbed to death by his companion 1996 at the age of 54.

The script for the artwork is a prose poem inspired by various fragments of Ossie Clark's published diaries. Clark's groundbreaking work in fashion may be familiar, but Blake found his diaries to be fascinating and stunning artifacts as well. For the film, Blake created hand-painted and digitally animated forms inspired by Clark's colorful, stream-of-consciousness entries. Here the name-dropping and glamour-gossip integral to Clark's musings mingle with blossoming shapes that morph according to the tone and tempo of Dalrymple's voice. Moving abstractions slowly resolve to actual filmed footage as well as floral and geometric motifs based on the patterns of Ossie Clark's dresses. With this work Blake pays homage to Clark's extraordinary talent while capturing impressions of his fast-paced and unsettling life. In the process Blake created a cinematic, psychological and poetic portrait of Clark and the times he represented.

Jeremy Blake currently has a solo exhibition at the Museo Nacional Centro de Arte Reina Sofia in Madrid. He is represented in the collections of several museums worldwide, including the Whitney Museum of American Art, The San Francisco Museum of Modern Art, and the Museum of Contemporary Art, Los Angeles. 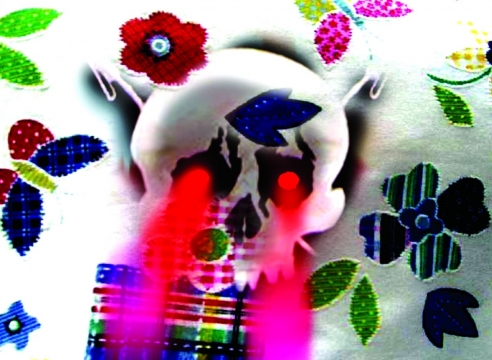